Towards the end of last week, with the Christmas countdown well and truly on, my children and I were treated to a festive surprise.

We were given tickets to see our first Christmas pantomime of the year. 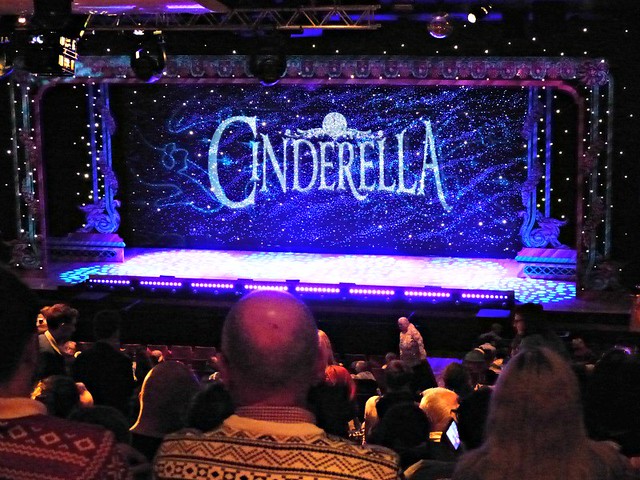 I was given the tickets by DryNites as a thank you for working with them on their Confident Kids 24/7 campaign. And with their celebrity ambassador for the campaign being Essex actress Denise van Outen, it seemed fitting that we travelled to Southend-on-Sea for our evening of panto fun and frolics.

To be honest, I was anxious about going due to how I’ve been feeling lately. I knew my children would enjoy it though so I took a deep breath and off we went.

And I’m very glad we did go. We had a great night.

The pantomime, Cinderella, stars Brian Conley as Buttons and Lesley Joseph as the Fairy Godmother. As you can probably imagine, this means lots of Essex and Birds of a Feather jokes as well as, I suspect, some improv by the inimitable Conley. 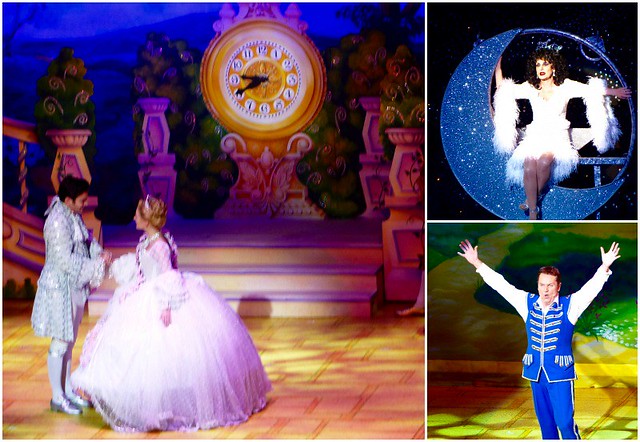 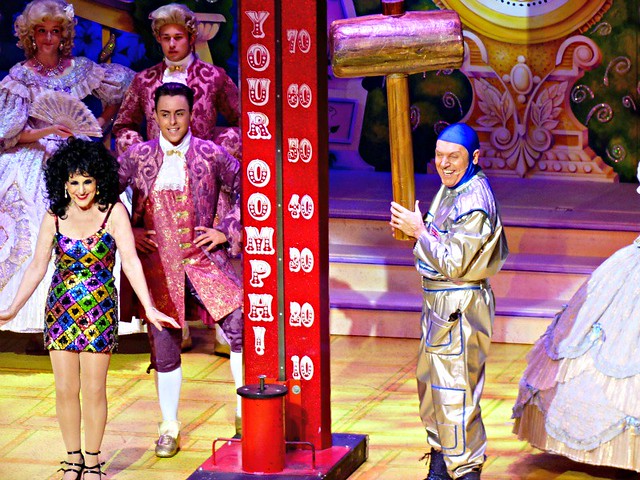 There were lots of songs, lots of dancing and lots and lots of jokes. Some of the comedy went over Olivia and William’s heads, but I had a right giggle. There was even a video ‘cameo’ by Ant and Dec!

The evening performance ended quite late (well, late enough for my 6 and four year old) and my children predictably fell asleep in the car on the way home. When we got back it was nice to be able to carry them straight to bed, swap their clothes for pyjamas with relative ease and tuck them into their beds.

And it’s also nice to know I can be confident that both will enjoy a deep and peaceful sleep until the morning.

You see, William, at four years old, has been mastering the art of staying dry at night.

We began shortly before Christmas last year – you can read my tips to stop bedwetting spoiling the fun at Christmas if you like – and in the last 12 months William has made amazing progress.

Bedwetting is a normal part of growing up. It affects nearly 600,000 children in the UK every year and I think it’s pretty safe to say that every single person in the world will have wet the bed at some point during their childhood.

It’s the main reason why I began working with DryNites this year. Their Confident Kids 24/7 campaign is all about instilling confidence to overcome challenges like bedwetting. Helpful, expert  advice by kids coach Naomi Richards (who DryNites is working with) will give parents confidence to conquer bedwetting, which will in turn inspire confidence in their children to do the same.

I think it’s easy for parents to feel under pressure and worry if their child isn’t crawling, walking, talking, potty trained or dry at night by a particular age. Something that I’ve learned from having 2 children is that no 2 are the same and they’ll achieve their goals in their own time.

I’ve deliberately been more laid back with William than I was with Olivia. Using some of Naomi’s advice, I’ve seen first hand how it has helped to boost confidence. Having a pyjama bag, which he can pack in the mornings and unpack in the evenings, has been a particular highlight for him. I even made the pyjama bag he used (and still uses); it not only sowed the seeds of confidence in him, but in me too.

At the start of the year William was using DryNites pyjama pants at bedtime. They were the natural first step for us as they offer discreet and age-appropriate protection.

DryNites pyjama pants allowed William to feel more independent and grown-up because he could pull them up and down like ‘normal’ pants, while I was reassured by their absorbency and leakproof design.

Fast forward to the end of this year and William’s come such a long way. He’s graduated from pyjama pants to DryNites’ disposable bed mats and I’m even considering getting rid of those in the new year. It’s been a smooth process for him – one that we haven’t rushed – and maintaining his confidence has definitely been a major factor in that.

If you’re approaching the stage of night-time toilet training, or are slap bang in the middle of it, there’s a host of information all about bedwetting on the DryNites website: http://www.drynites.co.uk.

Please note: I have received financial compensation for my time in supporting DryNites’ Confident Kids 24/7 campaign this year. However, I ultimately got involved to help raise awareness. It’s easy to worry about bedwetting, but it is a normal part of childhood and boosting your child’s confidence can be important in helping them overcome it.